Before The Dakotaraptor Riders, there was The Running of the Tyrannosaurs. (Note to past readers: This is a new, updated edition of Colosseums for Dinosaurs.)

2000 years in our future, an empire's holiest festival is celebrated with dinosaur races and gladiatorial games on the backs of armored titans. These gladiators and the dinosaurs they ride become a visible display of the Republic's power, captive fighters adored by millions yet compelled to battle not only the tyrannosaurs and other genetically engineered beasts of the arena, but also the loneliness in their hearts.

Yet Empire is a fragile thing. Tonight, on the red sands of the arena and inside the hollow asteroid where the dinosaurs are grown, the secrets these gladiators discover will shake their entire world. Join us aboard the orbital colosseums and meet Egret (Livia Tenning), Jaguar (Nyota Madaki), and Timberwolf (Mai Changying)!

On this page, you can purchase the kindle edition of Gladiators, a MOBI file which you are then able to transfer to your kindle by USB connection. (Or you can email the file to the email address associated with your kindle e-reader or kindle app.) When you order through this site, nearly all of the proceeds go directly to the author (and you are also able to leave a tip for the author).

Gladiators is a prequel edition to the series The Dakotaraptor Riders; it includes three works of fiction: The Running of the Tyrannosaurs, Nyota's Tyrannosaur, and The Screaming of the Tyrannosaur. If you have a copy of the omnibus Colosseums for Dinosaurs, this book includes the same stories. Gladiators is a new edition (with some minor changes), released in celebration of the new series. The events in Gladiators happen in the same universe as The Dakotaraptor Riders, just a few solar systems over, in the heart of the empire that is invading the homeworld in the new series. As the series progresses, some characters from the prequels will make an appearance in the new novels. I hope you will enjoy these thrilling tales of dinosaurs and rebellion in the far future! 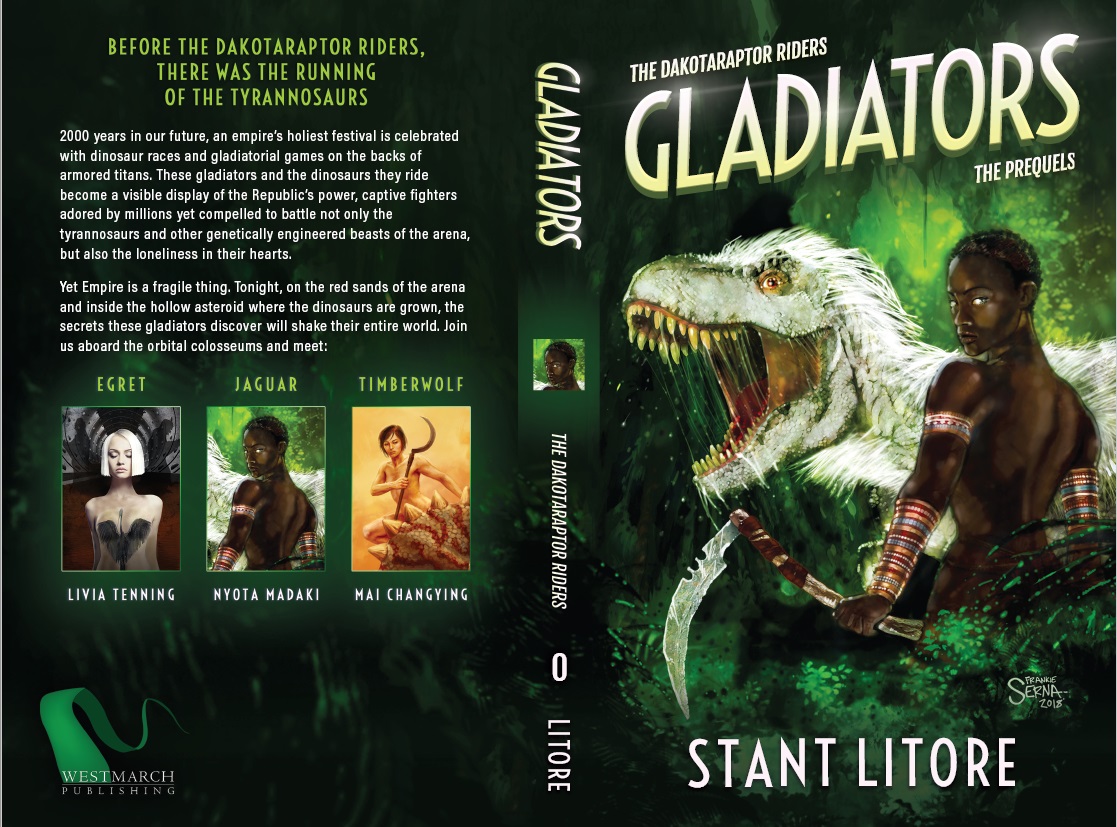 REVIEWS FOR THE PREQUELS COLLECTED IN GLADIATORS

For The Running of the Tyrannosaurs:

"Wielding elegant prose and tightly-focused characters, Stant Litore cuts deep into the science-fiction realm of bio-engineered dinosaurs and high-tech bread and circuses with a physically enhanced female gladiator whose personal tragedy is as powerful as her victories in the arena. Her story echoes in the heart long after it is told." - Richard Ellis Preston, Jr., author of Romulus Buckle & the City of the Founders

"Stant Litore turns a concept that would be clunky, camp, or just plain weird in other hands into something as natural as feeling the stretch of your own muscles when you move..." - O.E. Tearmann, author of The Hands We're Given

For The Screaming of the Tyrannosaur:

"This is a pulse-pounding story, a triumph of world-building - a story of gladiatorial combat and of bonds strange and transcendent. Without a doubt, one of the most enthralling stories I've come across." - Samuel Peralta, The Future Chronicles

Incursion is the first book in the series; the second book, Invasion, will be published in fall 2021. 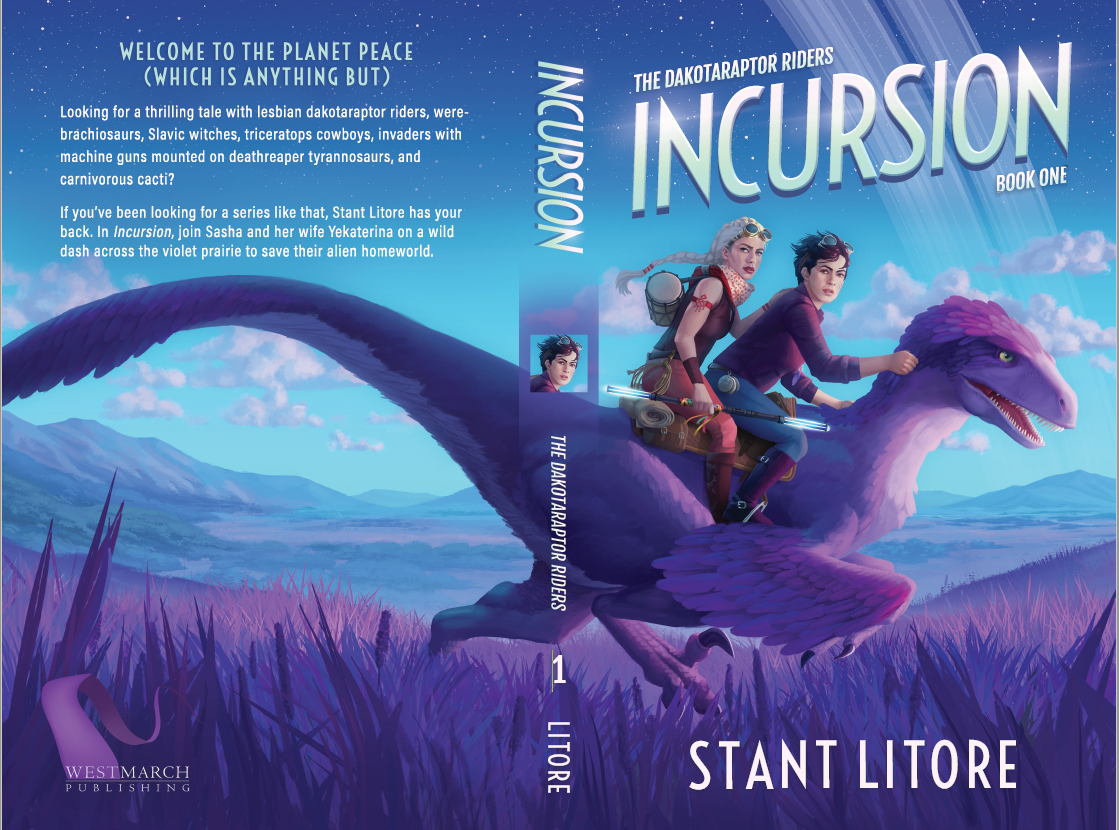 In order to download this ebook you must purchase it at or above the minimum price of $6.99 USD. You will get access to the following files: 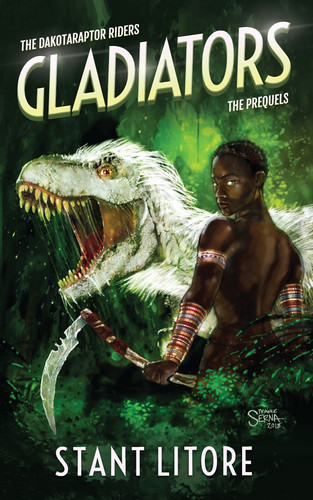